A surprising outcome of my four-year investigation into the neuroscience of human aggression for my new book Why We Snap, was how the reductionist approach that I took to understand individual violent behavior in terms of the specific neural circuits responsible, exploded in scope to illuminate human aggressive behavior in mass–between groups of people, from gangs to races to nations at war.  Brexit is a recent example.

Human behavior is complex.  It can be analyzed from many different perspectives, from psychology to politics, but a new approach of studying aggression from the perspective of a neuroscientist brings fresh insight that can help break the futile cycle of bewilderment over the incessant vortex of violence that is so prominent throughout the history of human beings, from the time we first chipped stones into weapons until today when we cleaved atoms to the same end. 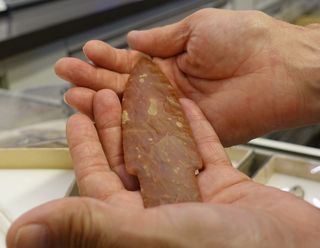 From a neuroscience perspective aggression is a behavior.  Like every other behavior an animal can perform–drinking, eating, reading, speaking, sensing the environment–aggression must result from the activity of very specific neural circuits in the brain that are specialized to produce each behavior.  Disrupt one of these specific circuits, for example in a brain stroke, and a particular behavior–speaking for example– is lost.

What are these circuits of aggression and rage?  How are they activated?  How are they controlled?  The LIFEMORTS mnemonic identifies 9 specific triggers of the distinct neural circuits of aggression that have been identified recently using new methods in neuroscience research.  In the momentous decision of the United Kingdom to exit the European Union, it is the “T” trigger in the LIFEMORTS mnemonic of the nine neural circuits of rage that accounts for the action.

Reducing human behavior to a mechanical mechanism is disconcerting to some, but new advances in brain science are bringing fundamental understanding to what has long been a perplexing subject.  What we find from this analysis of new brain research is that we all have these circuits of rage and aggression in our brain.  We have them because we need them.  The rudiments of each of these neural circuits designed to unleash rage and violence exists in the brains of other animals as well.  After dissecting this circuitry in the individual human brain, the findings are immediately applicable to how rage and aggression apply to mass behavior of people in groups, because the thoughts, passions, and actions of leaders of groups are the product of an individual mind.  So too the acts of aggression and rage that are unleashed in every individual within the group requires that these circuits of rage must become activated in the brain of every individual engaged in the behavior.

The “T” trigger in the LIFEMORTS mnemonic stands for “tribe.”  Human beings are strictly social animals.   The success and survival of every individual in human society is utterly dependent on being a member of a larger, highly integrated society.  Very few of us know how to raise and slaughter a steer, to build an I-phone, to capture a bank robber, or to discover a cure for Zika virus, but as a member of a highly integrated and cooperative group, each of us contributes individually in our own way to the operation of the group, and this in turn sustains and protects each of us as an individual.

For all social animals, defining and protecting the group is paramount.  There is nothing sinister in this fact.  By definition, no group exists if the limits of that group are not clearly defined and protected.  In the animal world, as with human beings, violence and aggression are how the social group of animals is maintained.  This is especially so in primates, but this is the case for many other vertebrate and invertebrate groups as well.  Setting aside the details of ideology or political positions, economics, or other complex issues that are evoked in explaining the behavior of nations, it is this neural circuitry inside our brain designed for defending our tribe–the T trigger of rage and aggression–that is at work in Brexit.  Recognizing this biological imperative can account for the bewilderment of many analysts perplexed by what some see on a strictly rational level as being self-destructive for the UK, with potentially damaging repercussions reverberating around the globe. 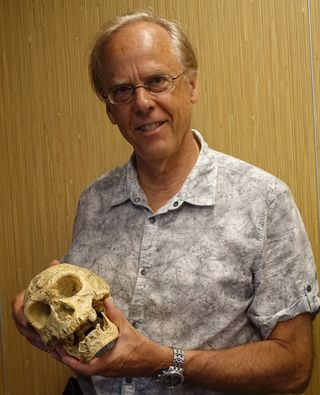 Have a look at Brexit through the lens of a neuroscientist.  We know that human beings of today have the same brain that we had 100,000 years ago when early man roamed the open planes of Africa.  Neuroanatomists see that a large part of the human brain is devoted to threat detection and defense, just as in the brains of many other animals.  An encounter with a strange tribe in prehistoric times was a real danger in the survival-of-the-fittest competition for limited resources in the ancient world.  This is why rage and violence are instantly provoked when encountering strange groups.  We are hardwired to react to “others” as a potential threat.

Non-invasive methods of studying the human brain reveal that the neurocircuitry for tribal behavior; that is, instantly distinguishing a person as “us from them,” operates in the prefrontal cortex.  Faster than we can consciously perceive, this circuitry identifies anyone we encounter as either us or them, within 170 thousandths of a second of first seeing them.  This instantaneous subconscious discrimination is vital to human survival. 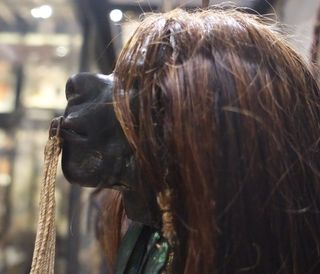 The environment has changed radically since prehistoric times and we no longer live in the natural world.  We live in an artificial environment that we have created, but the resources sustaining human needs are and always will be limited.  The definition of “us” or “them” is not hardwired; it is learned through experience.  The fear a white person feels rising inside them automatically when they see a young black man in dreadlocks with jeans drooping in back to expose his boxers, is the instantaneous result of having learned that inner city gang members often adopt such an appearance, and this individual could be one of “them.”

Coalescence into cooperative functional groups is the key to human success on this planet, and it will always be true for this naked ape, which is so ill equipped to survive alone.  This neural circuitry is what accounts for the remarkable ability of boys on the basketball court to arbitrarily divide into “shirts or skins” and then proceed to compete at the highest level of physical ability and the maximum cognitive speed possible to work together as a team in a complex situation toward a common goal.  This is the same circuitry that enabled two teams to compete to put the first human footsteps on the surface of the moon.  The double-edged sword of the T circuit is what sparks racial and religious hatred and violence, but the T trigger is also our salvation.

The dilemma is that this same T circuit of rage and aggression that can divide us is the very same circuitry that unites us.  The formation of the EU was the result of redefining the fractionated European continent into a united group.  As long as all the members perceived themselves as belonging to the same larger group, this T circuitry united them and fortified a cooperative interdependent group that would now be provoked to rage and aggression in defense of this larger group. 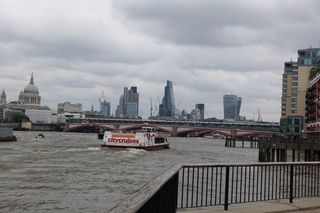 The English did not fully embrace the larger group that united Europe in the EU.  England, for example, retained the Pound sterling as its currency while Ireland joined Europe in adopting the new common currency of the Euro.  With the unification and mixing of what were perceived as distinct groups, different cultures, and different religions across Europe, the English felt their group identity and the necessary resources to sustain them (economic opportunity) were being threatened.  The result of failing to acknowledge and respect this fundamental feature of the human brain, in which the T trigger of rage either unites or divides us accounts for Brexit.  No matter the ideology, economic theory, or politic details, this is a core function in the brain of every one of us–hardly unique to the British.  That T trigger will now engage the remaining members of the EU to act defensively and angrily to expel the UK.

Such factionalism evident in Brexit seems to be sweeping the globe.  We see it rising prominently in presidential politics, in religious wars, in reactions to immigrants and war refugees, to sickening mass shootings by individuals perpetrating violence against “others” to protect “us”–whether they be African Americans worshiping in church, young gay people dancing in a nightclub, young people in Oslo slaughtered in the name of white supremacy, or the dysfunction through factionalism that has hobbled the United States Congress and is shattering the political parties–both Democrats but especially Republicans–into “us vs them.”  There are reasons for the increasing tribalism; for example, high-speed international travel and instantaneous electronic communication around the globe increases opportunities for encounters and conflict between people who are different.  Whatever event sparks this human brain circuitry into action against the outgroup leads to only one outcome–rage and violence.  As Americans we have seen this played out in horror in our own history in a Civil War that took the lives of more Americans than all the other wars America has fought combined. 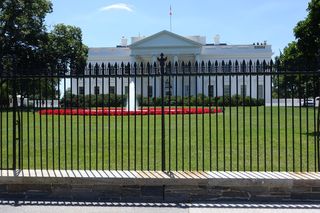 This biology of rage and aggression cannot be ignored.  A solution can only come from recognizing this biological imperative and dealing with the underlying reasons for the perceived alienation of large groups of people as they begin to develop within a group, and then invoke this same powerful neural circuitry of the T trigger to unite, no matter individual differences, into a larger common group.  The United States, like the United Kingdom, is much more than the sum of its parts when it is united as a group working together with a common identity and purpose.  Despite ideological differences and the failures of communism that fractionated the USSR and other communist countries around the globe, the one strength of that system was “solidarity.”  That strength came from the T trigger forged in the brain of human beings for survival in a dangerous world of limited resources, just like the world we inhabit today.

This article was originally published in Psychology Today